Well, where do I start. I was born in Dublin to Ann and Charlie. Both in the entertainment biz during the exciting sixties. Dublin was experiencing the civil rights revolution as America was and the just started TV station was the place to be. My Dad was one of the first stage managers at RTE and my Mum became one of the first female singers to perform on the station. I was born in 1965 and apparently created great excitement for them as I was the “first son” (my sister Jocelyn had been born five years earlier). The times they were a changin’ and Ireland was jumpin on board.

I have great memories of actors, singers, writers, comedians, all sorts hanging out at my house for parties. My Mum was also acting in many musicals throughout my youth so I got to see both TV and Theatre in action. It was great fun, my Dad was a head case (some of you will not be surprised by this fact), a very funny man. I would sit and listen to him entertain everyone for hours, never saying a word (also hard for some of you believe). He was a huge influence on me as was my Mum. I have a good split of both their personalities thank God!!

After school , college and a brief stint on the dole I emigrated to America to pan for gold in Deadwood…OK, just kidding it wasn’t that long ago. I came here to pursue a career in journalism but realizing that I couldn’t even write a letter home I was dragged into the movie biz. Set dressing to be exact. Quite a pain in the arse for me but it was good moola.

After about five years I opened “Fair City, a Dublin Pub” with a friend of mine. My brother (Carl Roberts, known to all of you who have seen us at the LA House of Blues as the lead singer in New Breed Orchestra) was also there along with many other pals. It was a great scene, loads of other Irish musicians and many visitors from other places and bands. We played every Saturday night to sold out crowds until we got the first record deal. We released an EP “Rocky Road to Dublin” and we were off and running. The rest as they say, is history!!!!! 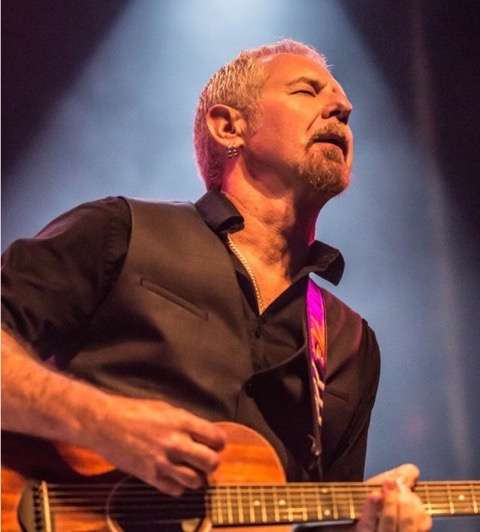