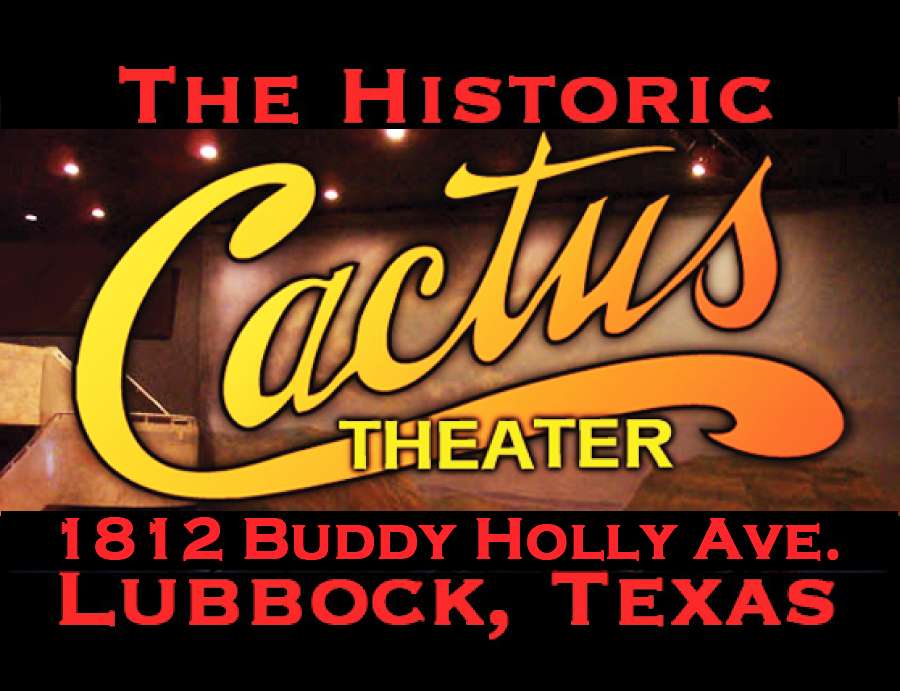 The Cactus Theater was constructed in Lubbock, TX in 1937 and officially opened in April 1938 as the first suburban, neighborhood movie theater.  Built with a cost of around $30,000, it originally featured 720 seats and a washed air cooling system (air-conditioning). Its marquee featured 750 feet of neon lighting.

The original Cactus operated as a movie house from 1938 to 1958….when it was closed, stripped of its interior furnishings and equipment.  For many years, it was used as a storage facility for scrap iron by the neighboring Greer Iron Works.

In the fall 1993, Lubbock music producer Don Caldwell purchased the Cactus Theater with the help of investors. His vision was to provide a venue to cultivate, mentor and showcase talented West Texas performers and present an entertainment opportunity for the region never before available.  This vision helped plant the initial cornerstone for the development of the Lubbock Depot Entertainment District.

For this renovation the theater retained its balcony, sloped floor and stage.  The projection booth was redesigned to hold spotlights, including a state of the art sound and light system.  Approximately, 400 seats were installed with an up to date concession stand and restrooms in the lobby.  Artist John Russell Thomasson provided the final touch with caprock canyon murals that included a stage backdrop to give the interior an “outdoor feel” for patrons seated inside the Cactus.

The newly reborn Cactus officially re-opened in 1995 as a live performance theater.