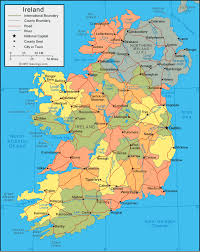 Join The Dubs on Their Tenth Tour To IRELAND. October 30 – November 8th

If you have ever traveled on one of our Young Dubliners Tours in the past deduct $50.00 as a Thank You!

A message from Keith: The rescheduled Ireland trip is in October 2021. We have just finalized the details for the Ireland trip where we will bring 150 fans on the holiday of a lifetime. So we are announcing our 10 day Ireland extravaganza to include Belfast, Galway, Dublin and TWO nights at a castle in Donegal (plus many other stops along the way). We will also be playing shows in Belfast, Galway, Dublin and a private show just for the tour party at the hotel in Donegal. The itinerary has been hand picked based on past experience and will be loads of fun from the first to the last day.

Dublin-Belfast. Dublin-Belfast. Arrive Dublin where after clearing customs we are met by our Professional Irish Driver Guides. Leaving Dublin, we begin our adventure by driving north to the bustling town of Drogheda. From there we will cross the border at Newry and travel through the mountains of south Armagh. Then it’s on to intriguing and beautiful Belfast, birthplace of the Titanic, and once the second richest city in the British Empire. We enjoy a panoramic tour. We view the Stark concrete barrier that is the Peace Wall from both sides. After checking into your hotel, you are free to explore on your own. You may decide (on own) to visit the fantastic Titanic Museum. Dinner & Overnight Jury’s Belfast.

Belfast. Belfast-Bushmills-Giant’s Causeway-Belfast. After breakfast, we meet our Driver Guide in the lobby of the hotel. Morning departure from Belfast takes us north through the majestic Glens of Antrim. We travel along the spectacular coastline and on to the Giants Causeway.
The phenomenal wonder of hexagonal columns expanding out to the North Atlantic is said to have been built by legendary Irish Folk Hero, Finn MacCool as “a path way to Scotland” to see his beloved. We then enjoy a tour of Bushmills Distillery for a spot of the wee dram. We then make our way to Belfast via Ballymena. Overnight Jury’s Inn Belfast.

Day 4 November 2nd Tuesday
Belfast – Donegal. After breakfast, we depart Belfast and make our way to Derry. To really experience Derry’s history, we stroll along the parapet walkways as we do the “Walled in City Tour”. The history of this area and the fact that Derry is one of the last fully intact walled in cities left in all of Europe makes this a must for every visitor. We continue to Donegal. Today, Donegal Town is the center of activity for South County Donegal. The town center, known as “The Diamond” is where the Killybegs, Ballyshannon and Ballybofey Roads converge, and it is here that you are likely to meet almost anybody; usually with a smile on their face and a few ready words. Dinner & Overnight at Solis Lough Eske Castle Hotel.

Day 5 November 3rd Wednesday
Donegal. This morning after breakfast we travel to Glenveagh National Park, with a stop at Glenveagh Castle. This castle was modelled on Scotland’s Balmoral Castle. Henry McIlhenny made it a characterful home with liberal reminders of his passion for deer-stalking. In fact, few rooms lack a representation – or the taxidermied remains – of a stag. The most eye-catching of the flamboyantly decorated rooms are in
the round tower, including the tartan-and-antler-encrusted music room and the pink candy-striped room demanded by Greta Garbo whenever she stayed here. The exotic gardens are similarly spectacular, boasting terraces, an Italian garden, a walled kitchen garden and the Belgian Walk, built by Belgian soldiers who stayed here during WWI. Their cultured charm is in marked contrast to the wildly beautiful landscape that enfolds the area. Overnight at Solis Lough Eske Castle Hotel.

Day 6 November 4th Thursday
Donegal-Sligo-Galway. After breakfast we depart Donegal and travel south first stopping at Sligo, home of William Butler Yeats. We then continue to Knock. The Story of Knock began on the 21st August 1879 when Our Lady, St. Joseph and St. John the Evangelist appeared at the south gable of Knock Parish Church. The apparition was witnessed by fifteen people, young and old. From this miraculous occurrence Knock has grown to the status of an internationally recognized Marian Shrine. Traveling south we head into Galway City. This youthful bustling town has uniqueness unto itself. Overnight at The Imperial Hotel.

Galway. This morning after breakfast we travel north towards Connemara. The name Connemara (Conamara) translates as ‘Inlets of the Sea’ and the roads along the peninsula’s filigreed coast bear this out as they wind around the small bays and coves of this breathtaking stretch of the Wild Atlantic Way. From Galway city, a slow coastal route passes some stunning hidden beaches and seaside hamlets. At the start of the Gaeltacht region west of Spiddal, the scenery becomes increasingly dramatic, with parched fields rolling to ragged shores. Connemara’s starkly beautiful interior, traversed by the N59, is a kaleidoscope of rusty bogs, lonely valleys and shimmering black lakes. At its heart are the Maumturk Mountains and the pewter-tinged quartzite peaks of the Twelve Bens mountain range, with a network of scenic hiking and biking trails. Everywhere the land is laced by stone walls. Time to stop at the Connemara marble factory. The factory also has a visitor center which
includes the more unusual and extensive deposits of soapstone and veins of green marble and vivid white quartz in the region. The showroom has Ireland’s largest display of Connemara Marble jewelry for purchase Dinner & Overnight at The Imperial Hotel.

Day 8 November 6th Saturday
Galway-Dublin. Morning departure has us traveling through the Irish Midlands and Athlone to Dublin City. Upon arrival in Dublin we have a full panoramic tour of this fascinating port city. We see where writer Jonathan Swift (Gulliver’s Travels) gave his famous sermons at St. Patrick’s Cathedral. After the tour the rest of the day is yours, to explore this infinitely varied thousand-year old city as you will; possibilities range from St. Michan’s church to the Brazen Head, from St. Stephen’s Green to Guinness Brewery and Jameson Whiskey Factory. Overnight at the Camden Court Hotel. http://www.camdencourthotel.com

Day 9 November 7th Sunday
Dublin. Today you have a free day in Dublin. You might choose to explore Dublin. Perhaps make your way to Grafton Street. A bit like Dublin city itself, Grafton Street presents something of an enigma to visitors. In other major capitals, people gather along grand boulevards to shop, lunch and drink the evening away. In Dublin, we head to Grafton Street, a narrow winding road that’s been at the heart of the city’s social life for more than a century. Entering from Stephen’s Green in the south, Grafton Street meanders by a series of architecturally rich townhouses, with street-level shops, twisting and turning, narrowing in width to barely twelve yards before sloping down to the broad sweep of College Green and the grand entrance to Trinity. Overnight at the Camden Court Hotel http://www.camdencourthotel.com

Day 10 November 8th Monday
Dublin-USA. After breakfast we are transferred to nearby Dublin Airport. In the off chance that you missed shopping opportunities, Dublin has a large Duty-Free Shop that you can visit once you are checked in for your flight. In the traditional Irish way, we wish you “Safe Home”.